Again this year, TVHM helped to run a food booth at the Air Show.  Not only is this a fund raiser for our Chapter, but 13 members and friends had fun socializing, singing, and watching some great performances.

Both Friday and Sunday quartets were formed to entertain the visitors and perform on KUIK (1360) radio.  The first quartet below is Ron Fairfield, Ed Phillips, Jay Thornberry, and Chuck Olson.

The 2nd quartet is Jay Thornberry, Jim Richards, David Dobson, and Chuck Olson.  Jay, Jim, and Chuck were 3 of the original Aliens quartet, well known in the Evergreen District for their comedy routines.  To see the famous "Saturday Night Surprise" routine, also known as "The Aliens do Boston Common", filmed at the 1991 International Preliminary Contest in Hillsboro Oregon, click here. 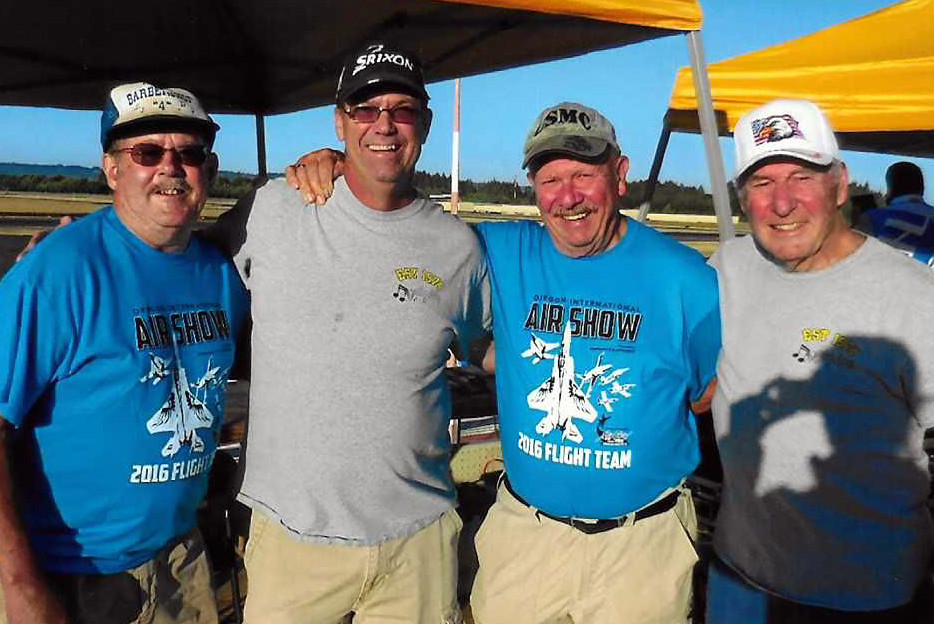 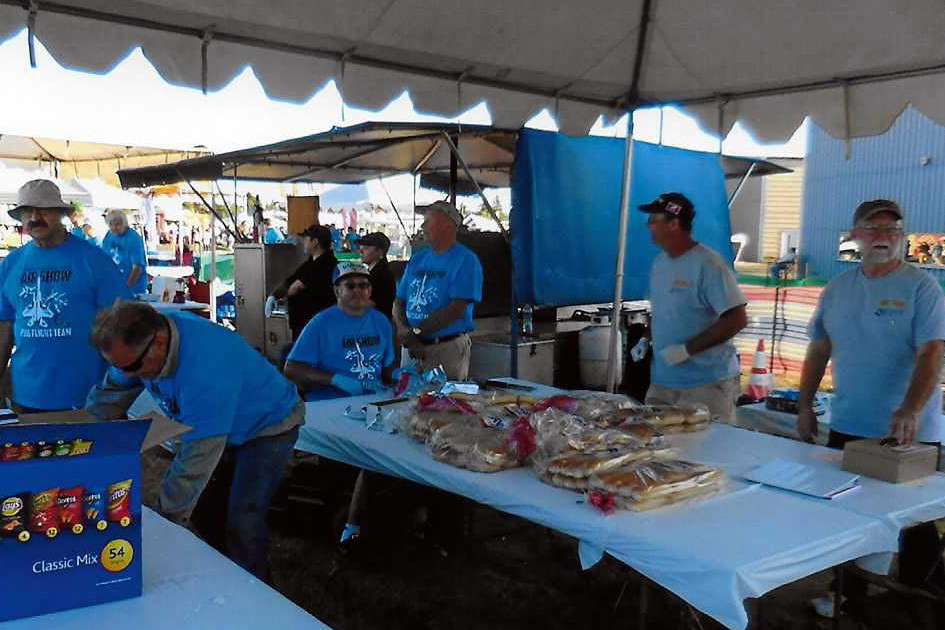 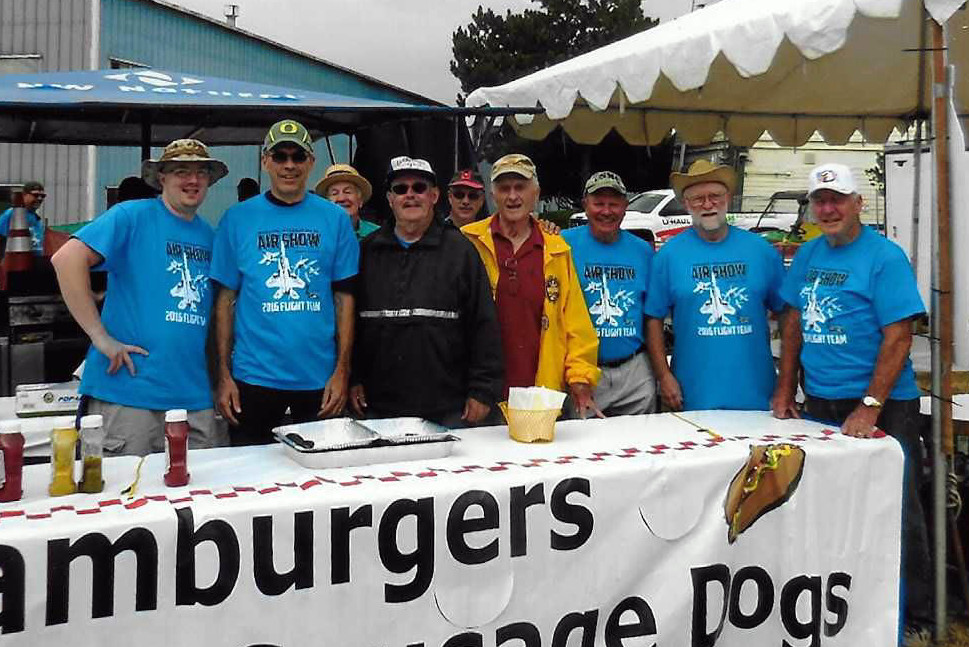 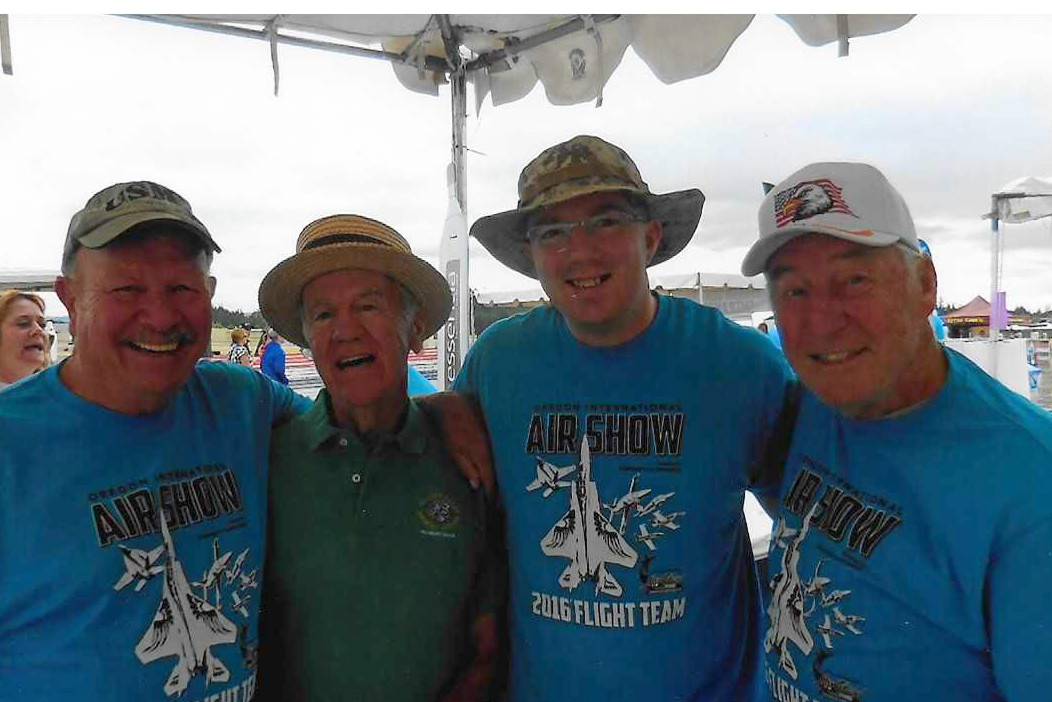